Tech N9ne on New Album and Respect for Kanye West 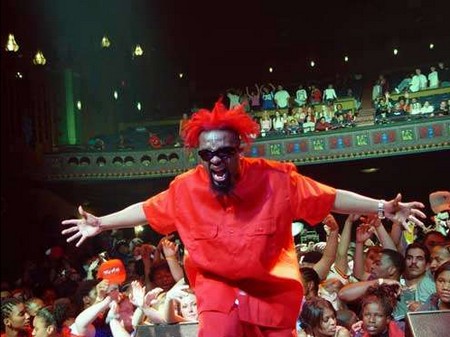 During an interview with Colorado Springs TV at his Black Sheep performance during his Hostile Takeover Tour, Tech revealed the announcement that he’s already started working on his next album. Other than mentioning that there will be eighteen instrumentals on it, saying “I’m just getting beat for it now, I’ve got like eighteen beats to choose, I think. I kinda lost track.”

Tech also mentioned the album ‘My Beautiful Dark Twisted Fantasy’ by Kanye West, he says that Kanye’s music reconfirmed his belief of music being a canvas and proving that music has no limits. “That Kanye album… made me know that there are no limitations ; you can do anything to the beat,” he said. “To have a song and have instrumentals going and then Rick Ross just pops up at the end of the song and busts a clean-ass verse, that let me know that you can do anything on your canvas. I was just so proud of that, man. Like, f*ck everybody, I dig Kanye. He just takes chances and that’s what I love…fuck everybody, do music.”

I’m not a big fan of Kanye, can’t say I’ve really felt his music like others have. But I can sure as hell say I’m excited for Tech N9ne’s new album; he has never disappointed me yet. His music always succeeds to impress me and he’s just one of my most favorite rappers out today, he’s a great inspiration.