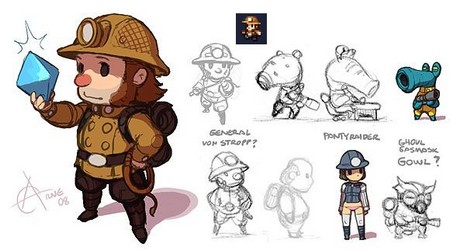 Indie Game: The Movie has recently just been awarded a release date and it’s sometime soon in fact. Lisanne Pajot and James Swirsky’s Indie Game: The Movie will open in New York, Los Angeles, San Francisco and Phoenix on May 18, and then they will be expanding it to Seattle, Miami and even across Canada in the following week which is pretty cool since it’ll give me the opportunity to see it.

The film premiered at Sundance 2012 and it focuses on the development of three well known independent video games Braid, Fez and my personal favorite Meat Boy. It provides us the chance to see into the amusing world of creating an indie game.

Toronto, ON: TIFF Lightbox, May 25th

Across Canada: 35+ Theatres, Cineplex One Night Event, and May 3rd

A bit of info on what the film is about for those of you who are interested. “With the twenty-first century comes a new breed of struggling independent artist: the indie game designer. Refusing to toil for major developers, these innovators independently conceive, design, and program their distinctly personal games in the hope that they, too, may find success. After two years of painstaking work, designer Edmund McMillen and programmer Tommy Refenes await the release of their first major game for Xbox, Super Meat Boy-the adventures of a skinless boy in search of his girlfriend, who is made of bandages. At PAX, a major video-game expo, developer Phil Fish unveils his highly anticipated, four-years-in-the-making Fez. Jonathan Blow considers beginning a new game after creating Braid, one of the highest-rated games of all time. First-time filmmaking duo Lisanne Pajot and James Swirsky capture the emotional journey of these meticulously obsessive artists who devote their lives to their interactive art. Four developers, three games, and one ultimate goal- to express oneself through a video game.”