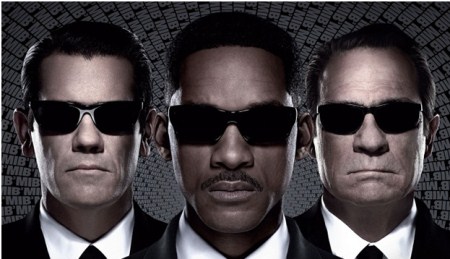 The director for “Men In Black 3” Barry Sonnenfeld has gotten tons of compliments for his work on the most recent installment in the Men In Black franchise, and he’s already talked about the possibility of their being a fourth installment being made. It’s not all that surprising to find out that a fourth film will be made of this franchise due to the third being so damn right f*cking awesome, seriously go watch it if you haven’t already because it’s worth paying to see.

Barry said “I can’t really talk about it, but I think everyone will be very satisfied” yes he’s talking about the fourth instalment, “I think Will Smith already has an idea where we can have a Men in Black 4”. If they’re going to be making a fourth instalment, I’ll be one of the happiest guys on earth, I was waiting for the third movie for quite a while and to have finally seen it becoming an amazing movie was just great.

Barry went on more talking about why he chose to send back Agent J (Will Smith) back to 1969 and some other things about the film. But hey the thing I hate the most in the world is someone who spoils a movie and I’m not here to do that, if you want to find out more about the film and to see what it’s about, the trailer down is below.

No Malice Responds to Beef between Pusha T and Lil Wayne

Will ‘The Avengers’ Be Defeated?