Amnesia: A Machine For Pigs Teaser 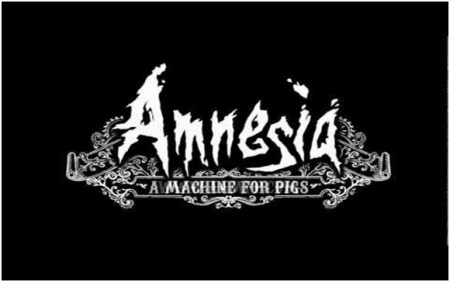 If you’ve played Amnesia: The Dark Descent then you’re going to be extremely excited to know that a short teaser trailer has been released for A Machine for Pigs. Now there’s one thing that I love about Amnesia is that the game it’s self is truly frightening, if you’re a person who loves getting the sh*t literally scared out of you then this is the game for you.

Frictional Games has brought us Amnesia: The Dark Descent, the game is amazing and it’s not like your ordinary horror game. What makes it great is the eerie sound, the visuals, the creepy monsters lurking around and the best of it all is that there is no combat at all it makes you truly feel hopeless and scared while you’re trying your best to survive.

Check out the teaser down below:

Amnesia: A Machine for Pigs teaser was downright awesome, I like the new environment that you’re in now it seriously looks like somewhere I would never want to go alone during the night. Near the end where he’s hiding underneath the stairs and some sort of pig like creature thing is tearing the door apart reminded me of Man bear pig, if you have no idea who Man bear pig is then you’ve just haven’t watched enough South Park in your life time.