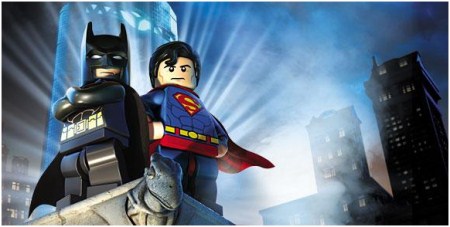 Yes surprisingly this isn’t a joke at all, there’s a LEGO film being made called LEGO: The Piece of Resistance. Both DC super hero’s Batman and Superman will be featuring in it also.

The film will be directed by both Phil Lord and Christopher Miller who are both well known for their work directing Cloudy with a Chance of Meatballs. They will be having both iconic DC super heroes in the film, in a way it does make sense in a way though since Batman and Superman have been with the LEGO franchise for videogames and building blocks.

Will Arnett, a very hilarious man will be voicing Batman and the directors want to get Channing Tatum to voice Superman… I find it very weird that they want Channing to do this, don’t get me wrong the guy’s pretty good at acting he was great in Step Up but I just don’t see his voice being for Super Man but I could be wrong. Chris Pratt will be voicing the protagonist of the film.

It gets weirder LEGO: The Piece of Resistance is going to be a hybrid film being live-action and LEGO animation, I don’t know how they’re going to pull this off to be honest it just doesn’t sound like something I’d watch. Director of Robot Chicken Chris MacKay will be co-directing the film; he’s also in charge of some parts of the animation. This brings up the question how much of the LEGO will be done through CGI? Since Robot Chicken is well known for its stop motion animation, the film is said to be released on February 28, 2014.

Lego’s been doing a lot lately; recently there have been three new video games that have been announced being made by LEGO. Batman 2: DC Super Heroes, LEGO City Undercover and LEGO The Lord of the Rings, so far the only thing that’s got me very interested is the LEGO LOTR since I’m a huge fan of the beautiful world Tolkien created.