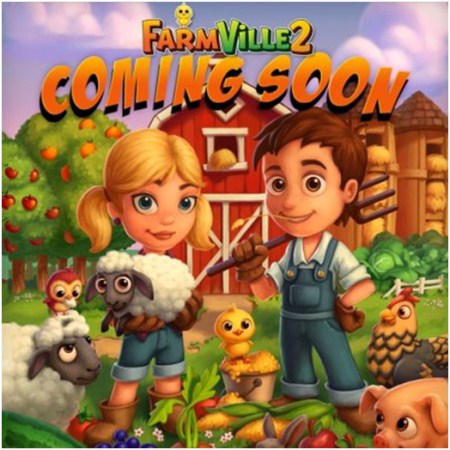 The Zynga Unleashed event which took place today and they officially announced that Farmville 2 will be coming soon, apparently the new game as much more impressive visuals since all the objects will now be rendered in 3D.

The thing I’d like to know is what’s going to be different about this game? Sure I know that there’s going to be way better visuals but that’s not going to help with its boring gameplay, I wonder this time will we be able to take care of all new alien species? Dragons? Tentacle monsters? Zombies? No I don’t think we will, it’s pretty much the same game with updated graphics and nothing more.

I find that most times when I go on Facebook I saw quite a lot of notifications and thought they must have been something important or at least interesting,but no I was wrong it was just a bunch of people I hardly ever talk to sending me invites to play Farmville and I have a feeling I will be reliving this horrifying situation once again.

I don’t know if just better graphics is enough really, couldn’t they have just updated the game itself to have these better graphics instead of remaking the game? I know that there will be a ton of people who have wasted their time on the first that will now have to go and restart and play the second. I don’t really care to be honest since I won’t be playing it but it’s an interesting thing to bring up, because I do know there are a lot of people who play Zynga’s games.

Now a moment of silence for us hard-core gamers for there’s trash being made amongst us.