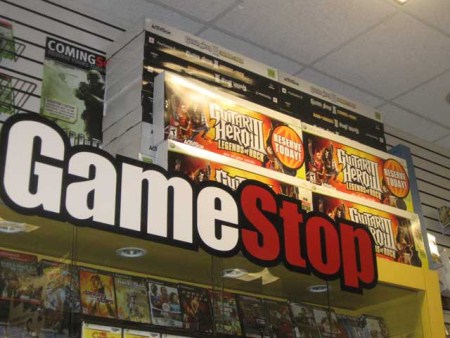 GameStop will only be selling PSN Dowloadblaes in Australia and Europe, GameStop revealed that them and Sony Computer Entertainment Europe have both agreed for stores in both Europe and Australia to start selling vouchers for downloadable content and games over the PSN.

This means that customers will now be able to buy DLC with any form of payment they want to use whether it be cash, trade credit or any other way.

Mike Mauler, an executive Vice President of international for GameStop said “The ability to use cash and trade credits as currency is a powerful tool and SCEE recognizes that it provides a new channel for gamers to access and purchase exclusive digital content, we are thrilled to be bringing this initiative to our international customers.

There are over 1,600 store locations of GameStop in Australia, New Zealand, Italy Germany and more. But for now they only have plans for Europe to only have it. GameStop last month were selling Steam wallet vouchers in $20 and $50. I’m not all that surprised the Sony is trying to get there DLC’s sold more, since they are considering to make their next console a download only device, it sounds like a good idea but also a very bad idea since the physical copy games might not sell well any more and there will be no used games for sale or to trade or to let friends borrow… as you can see Sony didn’t think about this problem. To be honest I would prefer to just keep the hard copy games instead of changing everything to download only because I find it nice to borrow games off friends to try so I don’t buy something that’ll be a waste of money if I don’t like it.