Gears of War: Judgment Is Going To Be Very Difficult 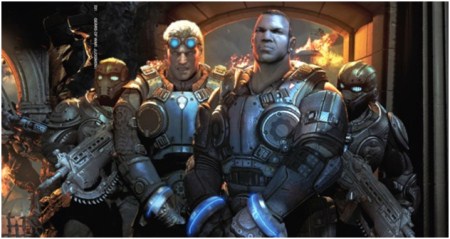 Cliff Belszinski and the team at Epic are taking Gears of War to a whole different level, he’s planning on making sure that Gears of War: Judgment will continually challenge those playing it. If the results end with him having a smaller audience he doesn’t mind it at all.

Cliff talks about how he’s trying to reach more players, that the current generation of console games has lost its way “It feels like in this current console generation that we’ve taken a lot of steps to grow the audience and what I think’s happened is that the games have become more linear and easier, so it feels like a lot of quick-time-events. The more I play games like that the more I turned off to them and just want to get back to systems interacting with systems, and get back to a game that, you know, when was the last time a game really challenged you and asked something of you, right? There’s a reason why Demon Souls and Dark Souls have taken off lately. It’s because they really require you actually try.”

I find that this new approach that Cliff is taking with Gears of War: Judgment is going to be amazing, what he said is actually very true for myself it’s been awhile since I’ve played a game that truly challenged me to the point I needed to try my best to complete it. I like how he was talking about game being way to linear because it’s very true, I’m not saying linear is all that much of a bad thing many games pull it off well. But just imagining a Gears game with more freedom makes me extremely excited, I’m going to buy Gears of War: Judgment Cliff has got me sold.

For those of you who also are looking for a challenge and agree with Cliff that games have become too linear then I advise you to give this game a try, it looks like he’s putting in a lot of effort to bring us something truly amazing.