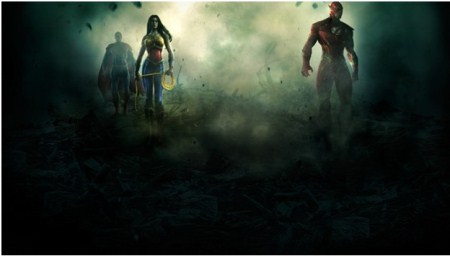 Mortal Kombat has had several sequels and some not so that great, from all of their horrible sequels they found out those fans just wanted that old school feel back which NetherRealm did give us with last year’s Mortal Kombat. The graphics were amazing, the x-ray feature was awesome and the gore was amazing, it was a great game in general. That same feeling is supposedly being brought into NetherRealm’s next fighting game called Injustice: Gods among Us.

Injustice looks a lot like Mortal Kombat, but it has Superheroes and Villains from the DC universe instead. Characters that have been confirmed in the game are Batman, Harley Quinn, Solomon Grundy, Superman, The Flash and Wonder Woman. From what I saw from the trailer the game looks pretty good, but I will never forget that mistake of Mortal Kombat vs. DC that was a horrible game and I hope it will be nothing like it. One thing that is a must is violence and gore without to me doesn’t make it much of a NetherRealm game and it’s one thing that made Mortal Kombat so great.

Martin Tremblay, president of Warner Bros. Interactive Entertainment said “With Injustice: Gods Among Us, we are creating an all-new franchise with incredible battles set in the DC Comics Universe, NetherRealm Studios is the extremely talented team behind the latest Mortal Kombat hit and it is developing a game unlike any other in the fighting genre.”

“We can’t wait to reveal Injustice: Gods Among Us because it will give our fans and gamers an epic experience as they battle like gods as their favorite DC Comics villains and heroes,” said Ed Boon, Creative Director, NetherRealm Studios. “Our team is excited to make a fighting game that is filled with fast-paced action, incredible story-telling and iconic DC Comics characters.”

Will Smith Returns To Independence Day in 3D