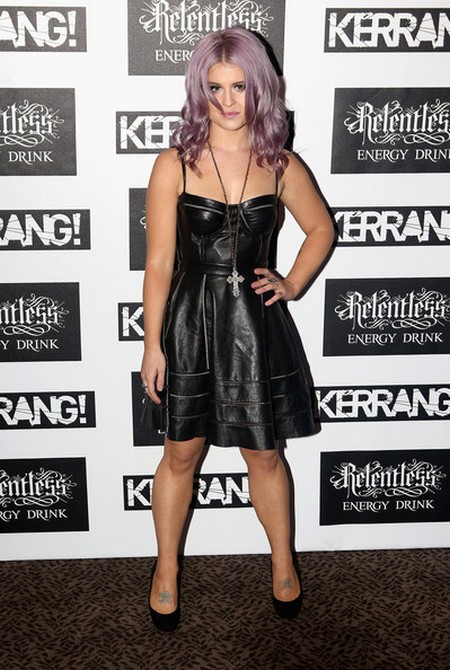 Sharon Osbourne has revealed her daughter Kelly Osbourne and her Ozzy’s daughter Aimee have been left stunned by the news of their brother Jack’s condition.  Jack has Multiple Sclerosis an autoimmune disease which affects the central nervous system through the brain and spinal cord – and are unsure how to act around him.

She said: “They look at Jack and they can’t quite accept it. He’ll always be action man, GI Joe … they’re finding it very difficult to take in. They don’t want to treat him differently, that’s the last thing he wants.”

Jack Osbourne discovered he had MS just two weeks after he and his fiancee Lisa Stelly welcomed their first child Pearl into the world in April after he went to see a doctor following the loss of vision in his right eye.  Jack was then referred to a neurologist who delivered the devastating diagnosis after giving him a series of tests.

He told Britain’s HELLO! magazine: “I saw a neurologist and he did an MRI of my spine and then a lumbar puncture to confirm his suspicions.

“When he said it was most likely  MS, I got emotional; I just felt that I was on a real high. I was thinking, ‘Why now?’ I’ve always prided myself on the fact that I’m not on any medication; I’m totally normal. I thought, ‘It’s not really an option for this to be happening right now … There are four different types of MS, and the other one that I have is relapsing remitting. It’s the most common, but least aggressive form of MS.”