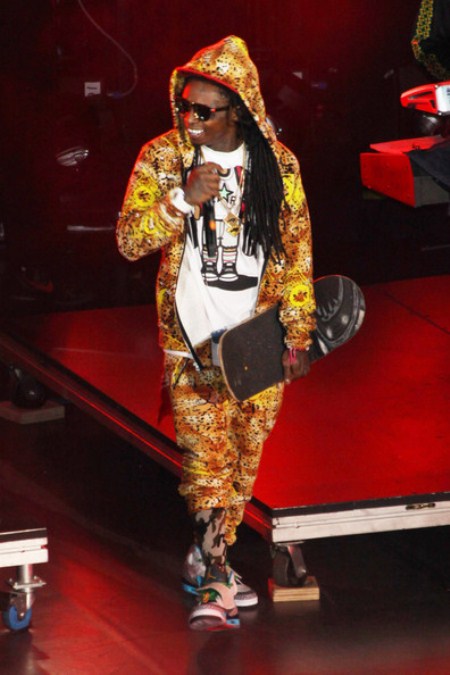 On the Billboard Hot R&B/Hip-Hop Songs Chart, Lil Wayne has gotten his hundredth hit song. It was a song he was featured on with Rick Ross and Drake called “Pop That” and it’s by French Montana. Lil Wayne is only the second rapper to have ever reached so many hits, in the lead with 108 hits is Jay-Z.

108 and 100 are very close and it’s possible for Wayne to actually beat Jay-Z which in my opinion would only prove that today’s Hip-Hop is indeed crap. It’s an insult to rappers who actually do amazing at what they do. Wayne most of the times has weak lyrics and his voice is beyond annoying it just baffles me on why so many people actually like him, it’s a sad era for Hip-Hop.

Jay-Z is a rapper that I personally love and I just can’t stand knowing that Wayne could surpass him with these sorry excuses for music, Jay is a real rapper and I like a lot of songs. He’s got flow, lyrics and most of all a voice that is coherent and is great to listen too.

I wish people would start to pay more attention to what ideally makes rap and that’s the lyrics, sure most of Wayne’s songs has catchy instrumentals but that means sh*t. Rap is a form of poetry in my opinion and without words a poem is absolutely nothing.