Meet The Pyro: A Misunderstood Pyromaniac 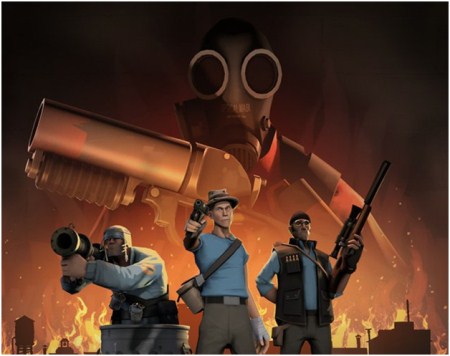 It’s finally done, Valve has completed their miniseries Meet the Teem for Team Fortress 2 and I must say this video Meet the Pyro is by far one of the greatest things I’ve seen on YouTube in a long time. It shows the story of a misunderstood pyromaniac who’s assumed to be a blood thirsty, fire spewing, chaotic, and psychopath is much crazier as he seems to be.

Instead of spreading flames of terror, scorching down houses and incinerating his enemies the Pyro thinks he’s spreading love, rainbows, sparkles and joy to the world and making it a better place.

Valve announced Source Filmmaker which is a storytelling tool was used to produce the Meet the Team series and that it’s in closed beta testing for now, but it will launch later this year on Steam for us who are interested in making our very own animated series.

Bay Raitt Valve’s designer said “The goal of the SFM was to develop a story telling tool that allowed us to create computer animated movies more efficiently, and with greater creative freedom. Over the past five years, we’ve produced more than 50 animated shorts with the SFM. The Source Filmmaker will allow our community to create their own movies in Team Fortress 2 and in their own Source SDK-created mods.”

I’m actually very excited for this announcement because it looks like it would be extremely fun to play around with Source Filmmaker, or even produce my very own miniseries. Also we’ve got more info on what the Adult Swim and Valve cross over will be; it’s what I assumed it to be a hat. To be blunt it’s just a Robot Chicken hat, some may be excited and some may of expected more.