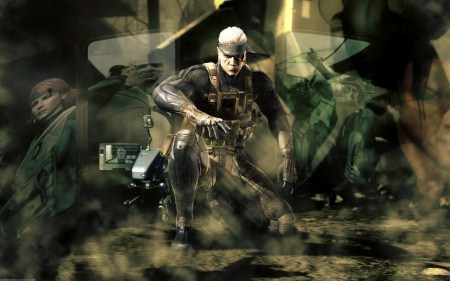 Hideo Kojima the creator of Metal Gear Solid, in an interview discussed his plans for the sequel to the Metal Gear Solid franchise; it will be run by Kojima Productions with FOX Engine.

Hideo said “About Metal Gear Solid 5, I can tell you two things. There will be much question of infiltration, espionage, and convincing people to give you ‘a favor’ like in the last Metal Gear Solid.”

Though I don’t know what he means about people giving you a favor, since in Peace Walker I don’t remember any one giving any sort of favours. Though it’s understandable that this could have been translated wrong, since the interview has been translated from Japan to french then to English so words could have been rearranged or changed and what not. But I think what he meant was that you’ll be earning favor.

It looks like Metal Gear Solid 5 is happening, with some outside inspiration being added to it Hideo said “I liked the idea of social interactions in Deus Ex: Human Revolution, but we’ll see.”