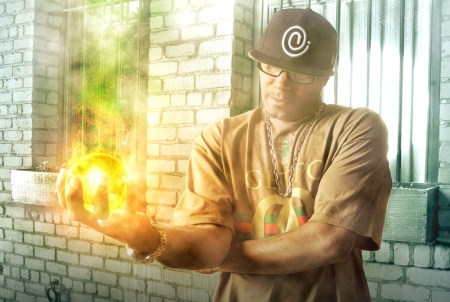 Now this was nothing but beautiful! So many rap songs have the word ‘nerd’ in the title and they never even make nerd like references, but this song is just what I wanted to hear. I love all of Big Sche’s references, in his metaphors and punch lines they were just awesome. From Star Wars to Mortal Kombat to even a referencing a DC villain, it’s just amazing to see someone finally get it.

This is the first time I’ve ever heard him as well and this left a huge impression, his voice is really soft and kind of reminded me of Lloyd Banks in a way. I also got to say his use of the those samples was awesome, I may sound like an idiot when I say I’m not sure if it was Star Wars since it’s been long since I’ve seen the film but it did give it that edge I liked.

Although, something just didn’t sit well with me, Kool Keith’s flow was really weird for me and I didn’t think it went well with the instrumental, which was incredibly awesome. But his flow and his quiet voice makes it hard to hear some of his words, so I don’t think he brought anything to the song. I really don’t think he was needed, I’d much prefer if Big Sche just did another awesome verse.