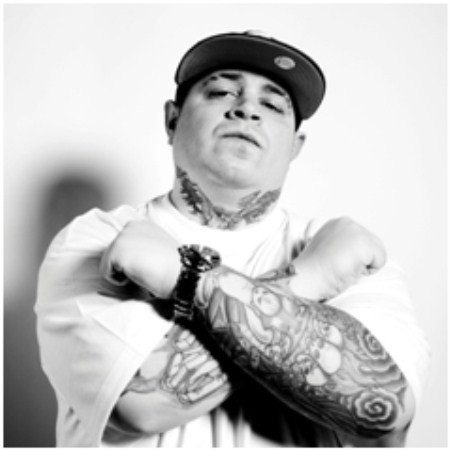 A new single off of Vinnie Paz‘s upcoming album ‘God Of The Serengeti’ and I’m impressed, I always really liked Vinnie. Lyrically he’s amazing, can’t name a song where he ever had weak lyrics he always comes in with strong rhymes. Plus one of my favorite things about him is his voice, it’ raspy but it has that memorable feel. I could listen to a song and straight recognize his voice, but other rappers you hear on the radio all sounds a like so it’s nice being able to recognize who you’re listening to.

The instrumental was just a great match with him; it had that very eerie feeling and suited his lyrics and his voice. One thing I have to note is that there is a screaming every couple of seconds and that kept reminding me of Homer Simpson when he screams, made me laugh the first time but the piano in it is awesome.

I liked this song it’s different from what I’ve been listening to lately and I needed it, I haven’t listen to this sort of rap for a while and it’s a good reminder that rap isn’t as destroyed as much people claim. It’s just that some of the talented rappers aren’t as well known, so I think I’m going to check out this album when it comes out.