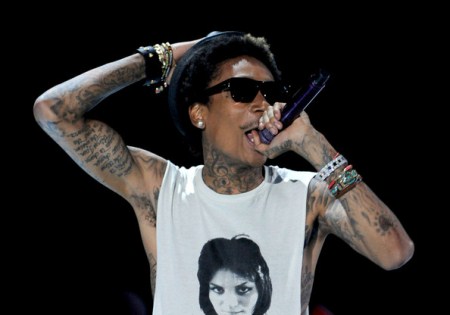 First off I have to say that I never thought that Wiz and 50 would ever do a song together, I just didn’t think they’d pair well together and I guess I was right. The instrumental was soothing and had a lot of promise, but damn Wiz just ruined it; I don’t like his lyrics whatsoever.

He just rapped about money and smoking, this isn’t that type of sh*t I can tolerate. His rhymes were pretty bad as well; I really wanted to just skip his verse. No amazing techniques use or anything, reading a Dr. Seuss book you can find a lot more technique then his verse did. It was just horrible, really disappointing.

50 Cent was just alright, I couldn’t decide if I hated his verse or liked it. It had some good rhymes but I just couldn’t get into it, I really liked the instrumental and I just feel so let down that they couldn’t aspire to equal its greatness. Might I also mention that the hook was completely sh*t as well, it was just so dumb.

So this song had an interesting pair and it just didn’t go anywhere, I would not recommend this song to anyone. Unless you like hearing about Wiz rap about weed like he usually does and gloat about his possession’s then go for it, because either than that there isn’t any content in this song it’s so dull.

Gears of War: Judgment Is Going To Be Very Difficult