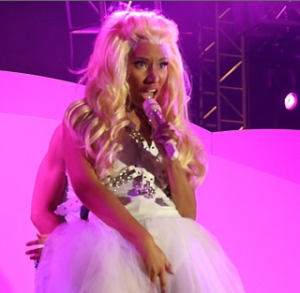 Nicki Minaj has vowed to never perform for the NYC radio station Hot 97 after a DJ called her song “Starships” “f***ing bullsh**t.” The singer was set to headline Hot 97’s Summer Jam concert this weekend in NJ, but Lil Wayne, the owner of her record label, told her to back out. She agreed, though knowing that thousands of fans were left upset. She tweeted, “I go above and beyond for my fans. But won’t ever go against Wayne’s word. What he says, goes.”

Nicki found out that the station wanted her to come back next year, which she promised she would never do. She said she felt very disrespected and wanted to work with positive people who actually enjoyed her music. Peter Rosenberg, the DJ who insulted Minaj, claimed he had no bad feeling for Nicki, but felt that the song is “wack and corny.“