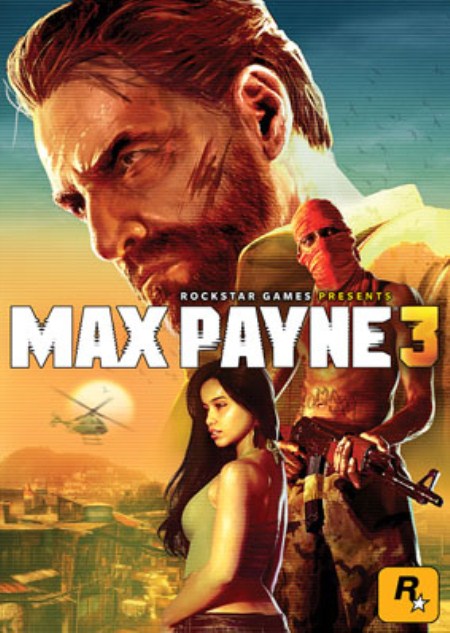 This weekend has been a very horrible weekend for us people who’ve purchased Max Payne 3, at first I was extremely excited to finally see Max Payne being released for PC. I found out three days before it’s release that it was going to be released and spent the whole time waiting and watching videos of multi-player. Then the day came, it finally released being lazy, I just thought “Hey buying it off of Steam would be a great idea, no need to go to store and I can play all day” and that’s what I did, I took a day off on Friday and began installing it instantly. Now that we’re finished with the prologue, let’s begin my heart wrenching story of love, passions and hate.

It began on Thursday, I saw that I was able to pre-purchase the game for $60 which I did since I was so excited, but due to it being to late to start installing I thought I would call in and miss school on Friday. I woke up ready for the greatest moment of my life to begin, I instantly turned on my computer and went upstairs to make myself some breakfast though it was lunch time, I had some nice ramen noodles. After my meal, fit for a king such as my self, I went back to my lair and began installing Max Payne 3. The thing is, that this was not like any other game I’ve installed on my PC, and I got to say I’ve got an excellent PC that I recently bought not so long ago. But it literally took 4 hours or more to get the damned thing installed, after that trial I thought “I get to finally play!” but no I was wrong ,turns out when I started up Max Payne 3 all that was waiting for me was a big blank gray screen and nothing else. At first I thought maybe I should install it again, which I did and waited a long time for that also. But in the end nothing changed and I started to feel a little confused.

Then I embarked on my journey through the land of the internet and found a very useful forum of people… no comrades up in the front lines of battle against this treacherous opponent known as a broken Max Payne 3 game. In this forum were several people trying out several different ways to fix their game and if they came across a successful way they shared it to us fellow comrades. I went through the forums for the whole day during Friday trying to fix the game, but I ended up f*cking something up and having to re-install and waiting a long time for that to go through. In the end I gave up and decided I would go to bed since it was around 4:00AM and I would try again tomorrow.

Then Saturday came, I spent the whole morning trying to fix it once again and guess what? Yup you’re correct nothing happened I didn’t get it fixed at all and the useful forum was shut down by Rockstar, the company that made Max Payne saying I should send them a ticket with my problem and that they would help me. I felt so happy to finally see something getting done, I instantly sent them a ticket about my frightening grey screen. It took a while but they finally anwsered late at night saying the problem was my virus package, no big deal really just that I’d have to uninstall it and then INSTALL the game again since you know waiting is a whole lot of fun. I just went to bed and left my computer on the whole night to install the game and boy was I happy to see that when I started the game and saw that beautiful majestic grey screen show up on again.

I decided to send another ticket this time more lengthy and not as pleasant as my last, explaining how every way they sent for me to fix the game don’t work at all. Apparantly a patch is supposed to be made to fix this and the only question I have is for when will this be done? It’s not that fair to know that people who pirate the game have no problems whatsoever and we who’ve purchased the game and are supporting your company don’t get to play at all. I don’t know what’s going to happen to Rockstar when Grand Theft Auto V releases on the PC… A lot of people might find it a whole lot easier to pirate the game than to experience this again.

Thus we continue the Payneful wait for Max Payne 3.