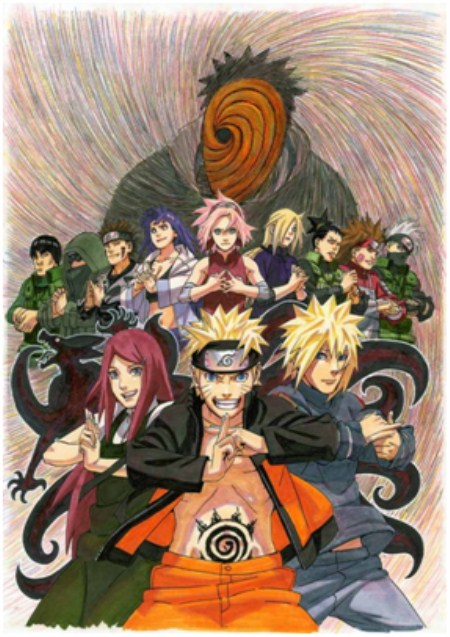 When I first heard about this movie I was incredibly excited since I’m a huge Naruto fan but damn, this trailer is just giving me such high expectations. It’s so interesting; from what I’ve seen it looks like Naruto goes to an alternative universe where his parents never died; since he’s so surprised to see them alive in the trailer.

Everything is the opposite, all the characters are exactly opposite of their personalities in the original series. Sasuke for one hasn’t gone all bad guy; planning to destroy the Leaf Village and the Akatski are the villains once again. So it makes me believe that Itachi is truly evil in this universe, not having Sasuke go after him or maybe they’re not even brothers at all.

I pretty much have every character down to how their opposite personalities will be like from the concept art released but I can’t figure out my favorite character Rock Lee’s new personality. He’s full of determination and never gives up not matter the odds stacked up against him, so maybe it’s just that I wouldn’t like to see him being all dull and gloomy I guess since he brings so much life and of course youth.

I’m really looking forward to the whole story of this film, Kishimoto (the creator of Naruto for those of who you don’t know) is doing a great job so far; his whole idea of bringing forth an alternate side to the story we all know so well is genius. Plus I have to mention that the song in the trailer is pretty damn good it’s called “Sore Dewa Mata Ashita” by Asian Kung-Fu Generation who did the second opening to the original Naruto series with their song “Harka Kanata.” Even though this movie won’t come out translated for at least several months after its release this summer in Japan, I’m looking forward to it because it sounds like it could be the best Naruto film of the series.