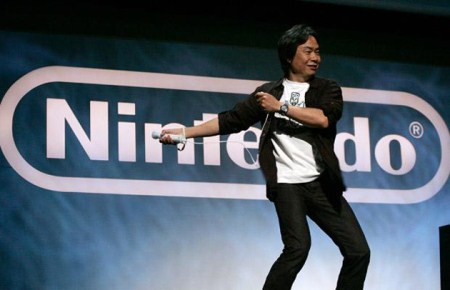 Yes as odd as it sounds Shigeru Miyamoto the man who’s brought us amazing games such as Mario and Zelda revealed that he is actually interested in creating his very own first person shooter but sadly does not have the time to do so.

Miyamoto said “I actually do kind of want to make a first-person shooter, but I don’t have time.”

He mentioned that the game would not be violent at all and would focus more of exploring a 3D space environment instead, the man is a genius and to see that he’s thinking about crossing that line into the world of FPS games is interesting. I have a feeling he could bring something new to FPS games all together and hopefully end the dreadful never ending Call of Duty game where every game for a while now feels like I’m playing its predecessor.

Miyamoto said “Rather than necessarily the question of ‘What kind of weapon do I have?’ in a first person shooter or ‘what kind of effect does that have on an enemy?’ I think that the structure of a first-person shooter is something that’s very interesting. Having that 3D space that in theory you are in and being able to look around and explore that particularly being able to do that in conjunction with another person is very interesting.”

He added a bit on how Wii U supporting two GamePads now could make a first person shooting game very fun and I’ve got to agree with the statement since both players could be viewing the game through their GamePads that it’s self could make it feel different compared to what we’ve got today. Hopefully when he’s got enough time he starts putting this idea of an FPS on the Wii U.

‘Catching Fire’ to Be Filmed in IMAX