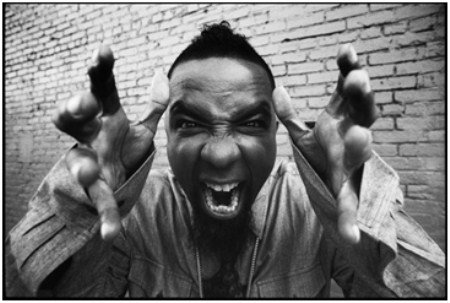 During an interview on “Sway in the Morning” Tech N9ne talked about a variety of topics such as how he first discovered by fellow rappers of Strange Music, Krizz Kaliko and Stevie Stone. But then he brings up that he’s hoping to record a track with Eminem for his next album and how he missed his chance to record with him last time.

Tech said, “We can try it again, because he agreed to do ‘So Lonely’, but he was busy somewhere overseas. So I’m going to try again on this album.”

I can’t even express how excited I am for an Eminem and Tech N9ne collaboration; these are of my favorite rappers who I deem to be able to make a hit song with one another. Tech N9ne and Eminem both have what I look for in a rapper, they’ve both got great flow, lyrics and voice different than any other artist.

Tech N9ne even said, “It was Eminem. I think he makes everyone want to come with their A-game. He’s an elite emcee. We are also. That’s one of the qualifications you have to have for Strange Music. I love extreme lyricists. And to me, he’s the extreme lyricist when it comes to wordplay and all of that, emotion and everything. A lot of people just want to hear us on a track to hear who would win. I just want to see how I sound next to who I deem the best rapper.”

I’ve been waiting for this collaboration for a long time and hope it happens, these two could honestly just fit so well together.

Prepare Yourselves For More Dragon’s Dogma