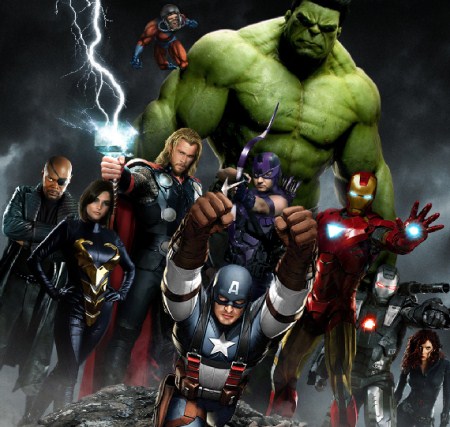 The Avengers continues to make its way to the top, and it’s now made a great mark. Marvel’s masterpiece of an amazing superhero film has just become the third biggest movie in the history of worldwide box office.

On Saturday, The Avengers made $538.1 million, completely blowing away The Dark Knight and now it’s kicked Harry Potter and the Deathly Hallows Part 2’s ass. This makes it official that it is the new #3 film in the history of movies. Though it’s sad to see that both Avatar which wasn’t all that great of a film and Titanic that’s considered a classic to be beating it.

I find that being the third biggest film is well deserved for The Avengers because it was seriously one of those movies that amazed me and completely surpassed all of my expectations which films normally don’t do. It’s worth a see especially in theatres, it’s a big achievement to have made 3rd place.

I still don’t understand how Avatar is the top, I find that it was over hyped for no reason.

Kendall and Kylie Bridesmaids in Hawaii