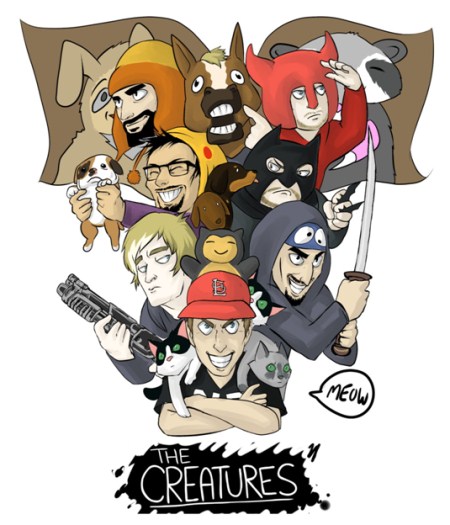 The wildfires in Colorado are no laughing matter, its a real tragedy and it has forced about 35,000 people out of their own homes so far and one person was declared dead after their remains were found in a burned down home. It’s also destroyed around 346 houses in all, making it by far the most destructive fire in the history of the state.

The lighter winds that showed up gave the fire fighters an advantage against the inferno. There were pictures taken by airplanes to show how bad the Waldo Canyon Fire hit, tons of neighborhoods turned into a lump of grey ash from all the devastation.

Authorities let some of the evacuees return and hundreds of residents from the neighbourhoods who were affected by the fires learned the fate of their precious homes. It’s a very sad thing to see happen and it will cost a lot to rebuild or repair what’s been destroyed and it’s lucky for these people that The Creatures are willing to lend a hand.

Who are The Creatures some of you are thinking? Well they’re a group of people that can be found on YouTube, each of them record themselves playing videogames with their own commentary added to it. This group consists of YouTubers Kootra, UberHaxorNova, SSOHPKC, Ze Royal Viking, Gassy Mexican, DanzNewz, Sly Fox and Spoonerism. They are right now having a 24 hour live stream session of them playing videogames entertaining us while raising money for a good cause, things like this restores my hope in humanity. If you also want to help with what they’re doing check out this LINK. Just watching raises money and helps the cause but you’re also able to donate if you want to.