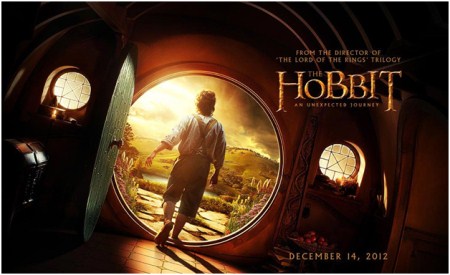 Peter Jackson’s master piece and first part to The Hobbit film has received a date for when it will premiere to the world and that’s in November of 2012.

The Hobbit: An Unexpected Journey will be premiereing at the Embassy Theatre in Wellington on November 28, this is only two weeks ahead before it releases into theatres. They hope that most of the cast members who helped create this film will be able to attend at this time around and so do I.

Peter Jackson said “I know I speak for a company of hobbits, dwarves, elves and orcs when I say that this city holds a special place in all our hearts, we cannot think of a more perfect way to send The Hobbit off into the world than to celebrate with a huge party here in Wellington, where the journey began.”

“Lord of the Rings: The Return of the King”, the final installment to the Lord of the Rings trilogy also had its world premiere in Wellington and damn I wish I could have been there!

The Hobbit has an amazing cast of actors and the more I hear about this film the more I just can’t wait for it to release, I am definitely going on opening day. The Lord of the Rings films by far have had the biggest impact on my life, what about you?