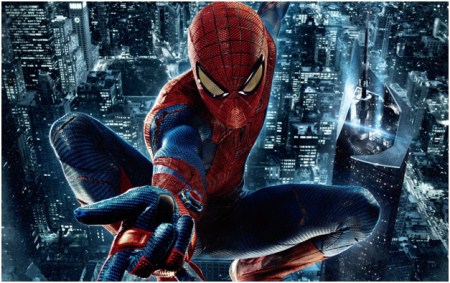 Sony’s reboot to a film I love The Amazing Spider-Man has had a great start during it’s time overseas, where it’s debuted first internationally before it’s gotten to North America the film where it will be opening on July 3rd.

It’s been reported that The Amazing Spider-Man has already grossed around $50.2 million in where it’s debuted internationally. The film has been doing well especially in Asia and in the South Pacific. In India the film was able to gross $6 million on 1,236 screens, it’s said to be the biggest opening of a Hollywood film, 74% bigger than that horrible third installment from the original Spider-Man films Spider-Man 3, 73% more than Avengers which is very surprising to me in a way and isn’t in another and more than double the lifetime box office of The Dark Knight which was expected by me.

The film looks very promising and I’m getting extremely excited for it, right now there’s only one day left of waiting for the film to be screening for me since where I’m at it will be playing tomorrow in IMAX 3D. I’ve got high hopes for the film and from how well it’s doing from being released already internationally it must be a great film, I just can’t wait to see Spidey kicking The Lizardman’s ass.

I’ve already went back and watched the original first two Spider-Man films starring Tobey Maguire while waiting for The Amazing Spider-Man to release, I’ve got to admit I’m going to miss Tobey a lot but Andrew Garfield looks like he’s going to live up to the name of Spider-Man and give us a performance that’ll blow us all away.

Are you as excited as I am for The Amazing Spider-Man? Let me know and sound off your comments.