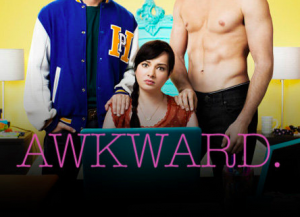 News just broke, via THR, that the MTV hit show Awkward. is confirmed to be filming a third season. The third season will officially see the return of Ashley Rickards, Beau Mirchoff and Molly Tarlov. While the previous two season were ten episodes long, season three will be twenty.

“Lauren Iungerich’s creative vision, coupled with this extraordinarily talented cast, make ‘Awkward’ the perfect series for MTV,” says Head of Programming David Janollari. “Critics and our audience alike have fallen in love with ‘Awkward,’ and we’re thrilled to bring this terrific series back for a third, supersized season.”

The show is currently airing at 10:30 PM, and follows Jenna Hamilton (Rickards) in her love triangle with Jake (Brett Davern) and Matty (Mirchoff), as well as deal with all the awkward situations her teenage years throw at her.

Beau recently won a surfboard at the 2012 Teen Choice Awards.