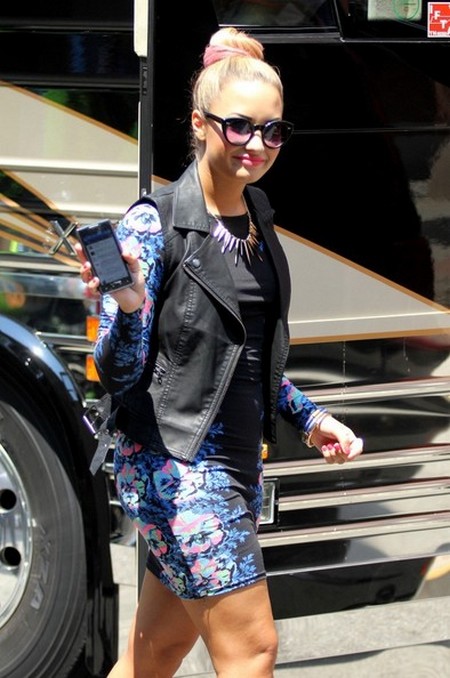 Demi Lovato and Miley Cyrus have been close friends for several years and it seems that Demi is not sure whether she will be attending Miley’s wedding to Liam Hemsworth.

In a recent interview with Ryan Seacrest, he asked her whether she would like to be a guest at their wedding and Demi replied with, “I don’t know when it is. I don’t even know if she’s planning it yet. I don’t know.”

Hmm, isn’t that odd? If they’re such good friends, then why doesn’t Demi know anything about the plans concerning the wedding? Maybe Demi has been too busy being a bitch to Selena Gomez or Miley might be very secretive about the future wedding plans?

Miley got engaged to Liam recently, amid a storm of media interest. The couple met on the set of Miley’s film “The Last Song” and have been together ever since. We’re betting that their wedding day will be one of the most talked about dates in Hollywood and that aN entertainment based magazine will buy the official pictures for a massive fortune.

No official reports have been released about the wedding day, but we can assure you that when the reports start coming through, the entertainment media will get broken knuckles from all of the writing.

Demi Lovato has been a judge on the 2nd season of the US X-Factor and her career is currently sky rocketing. There have been rumours that Demi has been involved with One Direction’s Niall Horan, but she has since denied these rumours.

We hope we get an invitation to Miley’s wedding, because cupcakes, schmaltzy music, little plastic people on bigger cakes and big people in little corners sound like a great place to have a party. Come to think of it, that also sounds like our aunt’s wedding where she fell asleep and smothered to death on her veil. Meh. Pity.