Have you heard about the scandal that’s rocking the candy world this summer? The famous Mike & Ike have SPLIT UP! 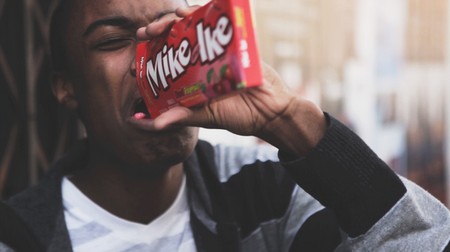 It looks like this duo – who have been together for what feels like forever, have finally called it quits! Mike is now solely interested in music and Ike in graffiti art. It looks like they’ve grown apart because of their changing interests. The tension between these two has hit new heights – check out their colourful candy packaging. They have each scribbled out the other’s names!

Both of these guys have since been touring the world, attending all sorts of events for their new careers, like the Governor’s Ball Music Festival, the Utah Arts Festival and most recently the 2012 Summer Olympics in London. Ike got in touch with us directly about how the news of their split has now spread to Canada too!

A new giveaway is available on www.mikeandike.ca, submit a design for a new Mike & Ike t-shirt and have a chance to with a 46” Samsung HDTV and of course, tons of Mike and Ike candy!

Ike also thought Celebrity Teen Laundry’s readers would love to see how some celebrities have even been affected by the Mike & Ike split, including Lamar Odom, Greyson Chance and Eden Sher.