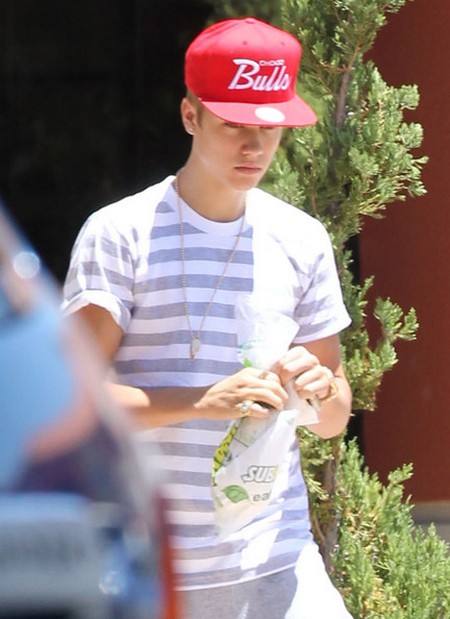 Stacey Wilson Betts took her daughter to see Justin’s show in Portland, Oregon in the United States two years ago (14.07.10) when she was hit by a “sound blast”.

In the lawsuit Stacey claimed it was incredibly loud inside the arena because of the pop star’s shrieking fans, according to website TMZ.com.

However the 18-year-old singer apparently made the din levels increase when he climbed into a “heart-shaped aluminum/steel gondola” which dangled over the crowd.

In the paperwork, the prosecutor says he “created a wave like effect of screaming by pointing into various sections of the arena. Then enticed the crowd into a frenzy of screams by continuously waving his arms in a quick and upward motion.”

She continued to explain that the gondola acted as a “sound conductor creating a sound blast that permanently damaged both of my ears.”

As a result, Stacey claims she now suffers from tinnitus, which causes a constant pulsing, whooshing sound that makes it hard to sleep.

She also complains of other hearing-related damage.  Justin along with his record label, the concert promoter and the arena are being asked to settle the damages.