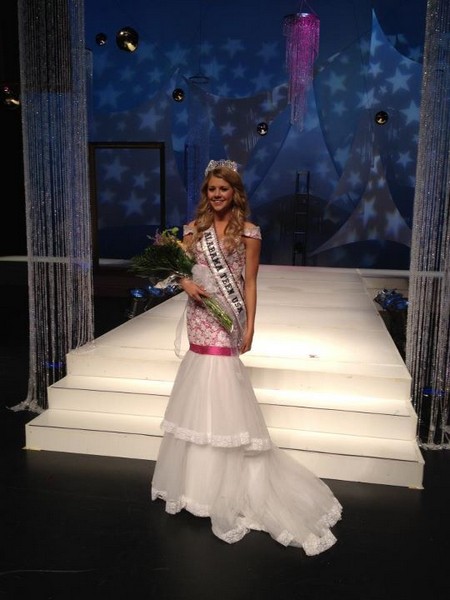 Contestants for Miss Teen USA must be between 14 – 10 years old and the winner will be the envy of millions of girls. She will continue on to tour all over the world and help official pageant causes, which include Best Buddies, Sparrow Clubs, Girl Talk, Project Sunshine and D.A.R.E.

These charities range from assisting people with intellectual disabilities, to creating opportunities for children with medical problems.

Peyton Brown won the West Surfing Paddleboard Race at Paradise Island in the Bahamas. The winner will be also announced here on Saturday. Fan voting has been a heavily deciding factor in choosing a semi-finalist in Saturday’s event. The voting ends at midnight ET on Friday, so get your votes in before your hands fall off from excitement. The pageant will also be webcast live at 8 p.m. ET on the Miss Teen USA website.

According to Peyton’s official pageant profile, she lost her father to cancer and has since become heavily active in the American Cancer Society. She often partakes in volunteer charity events for the society.

A sad, but powerful story indeed!

Will you be watching? Let us know in the comments below!