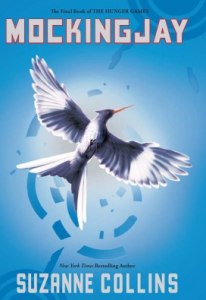 Following suit of the final movie adaptions of  both  the Harry Potter and Twilight series, The Hunger Games trilogy will conclude with the last book being split into two seprate parts. Lionsgate announced Tuesday that Mockingjay will become a two-part movie with release dates set one year apart.

Exact release dates have already been announced, even though one of them is over three years away. Part 1 will premiere on November 21, 2014, while Part 2 will conclude the series on November 20, 2015. Catching Fire, the second movie of the now-four part movie series, will be released on November 22, 2013.

Stars of the series Jennifer Lawrence, Josh Hutcherson and Liam Hemsworth are all said to be returning for every movie. The DVD for The Hunger Games will be released in stores on August 18.