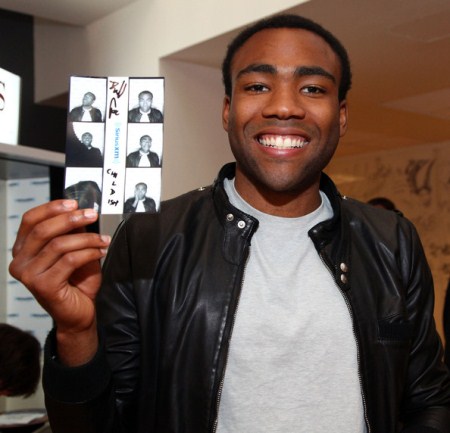 Music Review: Childish Gambino Ft. RZA “American Royalty”. Damn, the song starts off with RZA and his verse is just pure awesome. He’s got that powerful voice and an immense amount of multi-syllable rhymes that were just crazy, loved his flow as well. He’s a legend and really proves it, some real true skill here. I can’t even decide on which of his bars were my favorite, the whole verse is just perfection.

I don’t often listen to Gambino but I’ve got to tell you he’s pretty damn good, nice flow and a very clear and strong voice. Lyrically impressive as well I loved, “Packed them crowds up, boss like Bowser. D-pocket poetry, my custom trousers.” Plus also the part when he mentions Wocka seems like he could be insulting Wocka Flocka’s music, which is quite respectable since as a rapper he’s lame. Either way Gambino is really good.

The instrumental also has the Hypnotic Brass Orchestra and I believe it’s only for the first verse as RZA just flows on it nicely; the rest of the instrumental is changed when Gambino comes on and I believe it would have been so much better having the orchestra just play through the whole thing. Still a great song, I think I’ll be downloading his free mixtape “Royalty.”

Have listen HERE, tell me what you think, were as impressed as I was with this song?