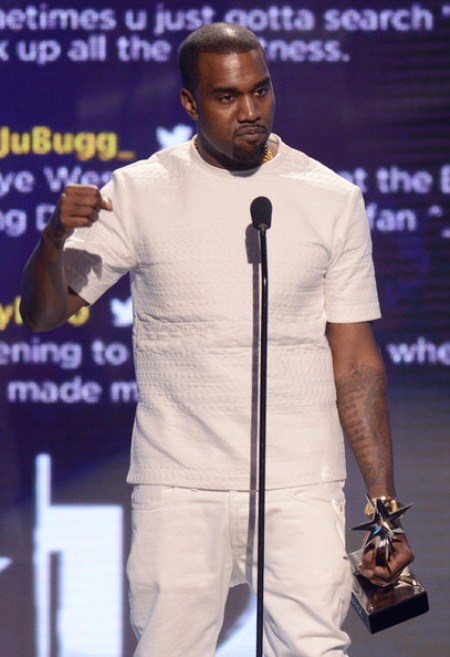 At the BET award last night Kanye went and rapped a whole verse, of course this was no freestyle but a verse from a song that he’ll be doing with Pusha T so, not all that exciting. If it were all off the top of the head that would have been insane, but knowing that it was obviously written beforehand, it doesn’t have that same quality.

He also said, “Till we drown all these haters, rest in peace to Whitney Houston”.  A very tasteless thing to say if you ask me, a really stupid way to say to someone rest in peace I can’t even believe people cheered to that…it’s not that I really care and all, but it’s just not that creative and just plain stupid.

The ending was what was most impressive; I have to say that was actually great lyrical technique. My favorite line was, “Did Moses not part the water with the cane, did Noah make the arc when I made it rain.” Kind of saying how he’s God which fits the title of the song, but it was creative and really stood out for me.

The verse had some troubles of course but in fact was very good, I’ll listen to the song when it’s released but have to say I don’t like Pusha T so I probably won’t like it.