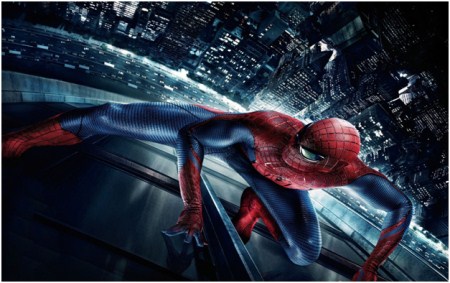 The results are in and so far Sony’s reboot The Amazing Spider-Man is doing quite amazing if I do say so myself, there have been box office reports showing that Marc Webb’s masterpiece has already gotten $59.3 million in its first two days being released domestically.

On Wednesday the movie was able to gross about $23.4 million making it the second best film to show on the 4th of July after the first Transformers which made about $29.1 million the exact same day in 2007. The Amazing Spider-Man has been estimated to make around $125 million to about $140 million by the end of these six days of release.

It’s looking pretty good for The Amazing Spider-Man since its budget all together was $220 million; many people are seeing the film and due to it being so damn awesome they’re also telling friends and family to go see it as well.

Seriously, this film is very well done; I don’t see how someone could hate it to be honest. I’ve recommended it to tons of friends since they were worried it might not be good because of it being a reboot and all. The acting is great, Andrew Garfield’s hard work and dedication made the film what it is now, don’t get me wrong Tobey Maguire’s portrayal was good also but for me I find that Andrew nailed the role and you could see that he did as well by going to see this Amazing movie.

Here’s a trailer of the film for those of you who haven’t seen it yet.