Are Taylor Swift and Conor Kennedy Thinking Of Marriage 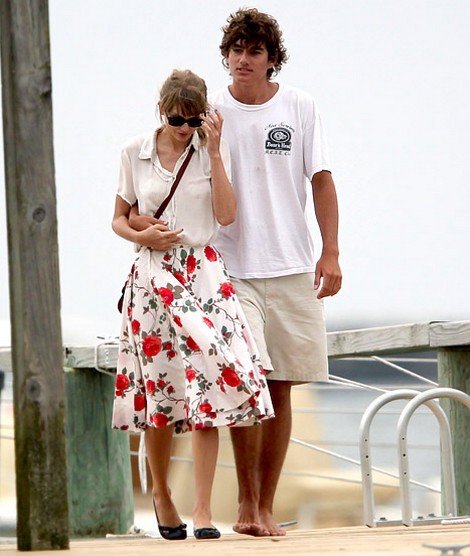 Taylor Swift and Conor Kennedy are madly in love. The couple are so in love they cannot bare to be apart.    The two only hooked up in July but the two are said to be inseparable and Taylor is said to be obsessed with Conor.  A source revealed, “She always falls very hard and becomes very intense very quickly, and this time is no exception. In fact she seems to have fallen even harder.”

Taylor is missing Conor so much after heading back to Nashville that she reportedly sent a jet to pick Conor up and bring him back to her.

Sources exclusively tell Page Six that country superstar Swift left the Kennedy family compound in Hyannis Port alone just over a week ago to go to Nashville to work and promote her new single, “We Are Never Ever Getting Back Together.”

But one source said, “Taylor missed Conor so much, she sent a plane for him a few days later. He’s been with her ever since, and his family doesn’t know when he will be back. Things have become so serious between them so fast that no one in Hyannis Port would be surprised if they eloped.”

People are worried that because the country star is so crazy about Conor the two might be thinking about marriage.  What do you think of Conor and Taylor together, can the relationship last?  Hit the comments and let us know your thoughts!

Miley Cyrus Lands Guest Role on “Two and a Half Men”