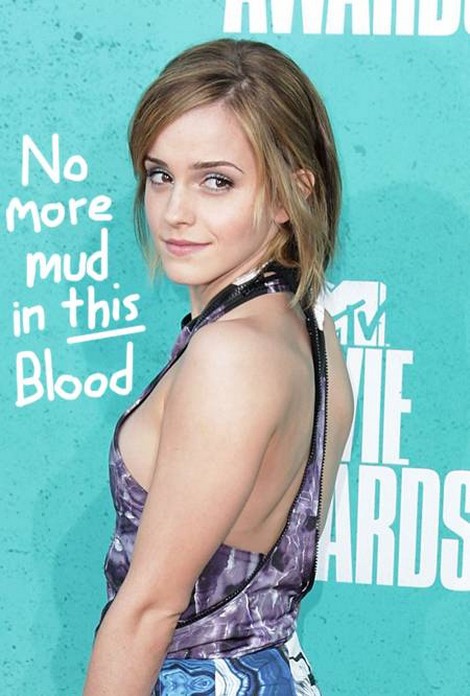 Emma Watson has been smack in the public eye for exactly half of her life. At age 11 she struck it big as Hermione in The Harry Potter franchise and has never looked back.  She recently sat for an interview with T, The New York Time’s Style Magazine and spoke of some of the difficulties that fame has brought to her.  Even going out in public is now difficult.

“If I went somewhere busy, I wouldn’t last very long. I can’t go to a museum, I’ll last 10 or 15 minutes in a museum.  The problem is that when one person asks for a photograph, then someone sees a flash goes off, then everyone else sort of… it’s sort of like a domino effect.  And then very quickly the situation starts to get out of control to a point where I can’t manage it on my own.”

I’m guessing it has to suck to be 22 and stuck indoors because getting flooded with people just isn’t worth the effort after awhile.  That would be a downside to the level of fame Emma has found.  Not all of her problems are celeb related.  Thankfully, the young woman also experiences the very normal college growing pains and complaints.

‘My first two years at Brown weren’t easy, not because I was bullied or because anyone gave me a particularly hard time, but just because, you know, without the collegiate system. (system at Oxford where students belong to smaller colleges) And at Brown everyone does completely different things and very much chooses their own path, which is great, but it’s also much more difficult, too.  You’re not with a group of people all the time at one time.”

While being mobbed with fans isn’t relatable, do you understand Emma’s college sentiments?  Have you ever missed having that buffer of friends to help you through?  Tell us your thoughts in the comments below!