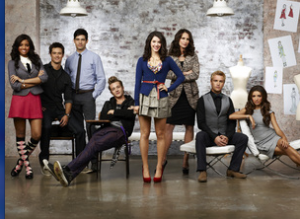 It’s official, ABC has not renewed Jane By Design for a second season, so the network will be saying goodbye to the show, this according to THR. Erica Dasher, who starred as Jane, tweeted a goodbye to fans saying, “Thank you so much for everything!!! It was incredible and you all are the best part of that experience. Love love love.”

India de Beaufort, who also stars in the show, which follows Jane, a high schooler, as she makes it big in the fashion world, tweeted, “Its true no more JBD but we had a blast making it, and we love your for supporting it. #goodnightjanequimby.”

Despite the cancellation of JBD, ABC has renewed Melissa & Joey,Baby Daddy, Switched at Birth and Bunheads for new seasons.