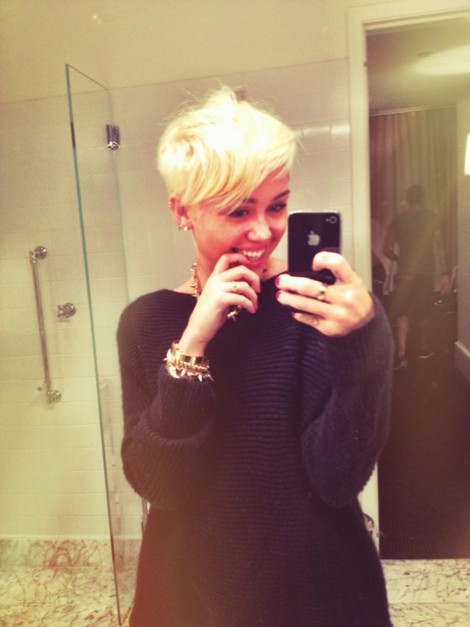 Former Disney Diva, Miley Cyrus, is said to have had a car accident while spending time in Philadelphia.  She is rumored to have crashed her first rental into a pillar or pole and had to return for a new vehicle.  Oddly enough, there is supposedly a photo of the wrecked SUV circulating but no actual photos of the accident itself.  The incident supposedly occurred while Miley was driving in a parking garage but thankfully there were no injuries.

The paparazzi have been on Miley’s tail since she arrived in town.  They have pretty much documented every step she has made, every phone call while driving, every puff of her cigarette, so why is there virtually nothing to document this crash?  Did Miley just happen to get REALLY lucky and actually not have an audience?

Miley has been in town to hang with fiance, Liam Hemsworth, as he works on a film and she has documented nearly every step of the trip via her Twitter. They have grabbed Starbucks, shopped, headed to the Jersey shore.  The one thing Miley has yet to mention is her banged up rental.  Apparently this is one part of her Philadelphia trip that she’d rather forget and she doesn’t want you and I to even know it happened!

How come everyone is helping her to keep this fender bender under wraps?  Was it just a stupid traffic accident that’s embarrassing or was the young star perhaps under the influence of something other than Starbucks?  Tell us your thoughts in the comments below!

One Direction’s Niall Horan’s Partying is Out of Control