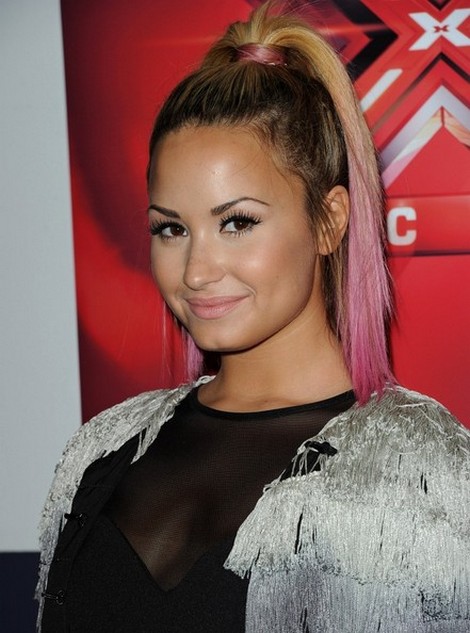 You knew that the season premiere of The X factor would usher in some hardcore drama and overblown hissy fits right?  Last night that vibe rang true as Shawn Armenta took the stage and absolutely butchered a song made up by him, entitled “Candy Girl”. The mess was completely out of tune and Simon Cowell referred to him as a “mouse trying to be an elephant”.  Armenta claims to have busted his butt rehearsing for the last 18 months and was totally offended by the judge’s slights. He especially took issue with Demi Lovato.

She simply told him, “A lot of people work really, really hard for their dreams, but it’s not meant for everybody.” And Armenta fired back with a stinging insult telling Lovato,” That’s why you use Auto-tune, and I don’t!”

After catching a bit of the show myself, I’d have to say that Demi is the last person for anyone to take a shot at, not because she’s fragile herself (like Britney Spears), but because she seems to realize the weight that her words can carry to these hopeful contestants. She has gone through a ton of her own drama and seems to be (for the most part) very in control of her life (unlike Britney). She gets the impact of other peoples comments and so it seemed to me that a lot of what she had to say was a bit more gentle than the other judges.

Perhaps Armenta should have taken a shot at Simon, who has at least never even attempted to sing a single note!  Did you see his low blow aimed at Demi?  How do you think she handled herself after the fact? Tell us in the comments below!