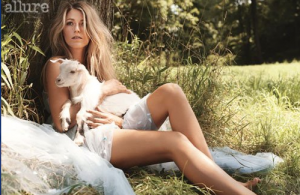 So if you haven’t been living under a social media rock, you well know by now about how Blake Lively and Ryan Reynolds secretly tied the knot in a private wedding in Mt.Pleasant, S.C. over the weekend. Though they kept the wedding a secret, Lively recently opened up about their future in the most recent issue of Allure.

The actress is currently filming the final season of “Gossip Girl,” in which she has starred in since 2007. With that part of her career wrapping up, Blake is ready to devote some time to herself and her new husband. “I’ve worked on a lot of characters in the past five years, but I haven’t had time to work on my own character,” she said. “That’s something that I’m really excited to do.”

In addition, Lively opens up to the magazine, on newsstands September 25, about her dislike for the club scene. She also reveals that she has “never tried a drug.” Pick up an issue of Allure to find out the rest of the details the newlywed shared.