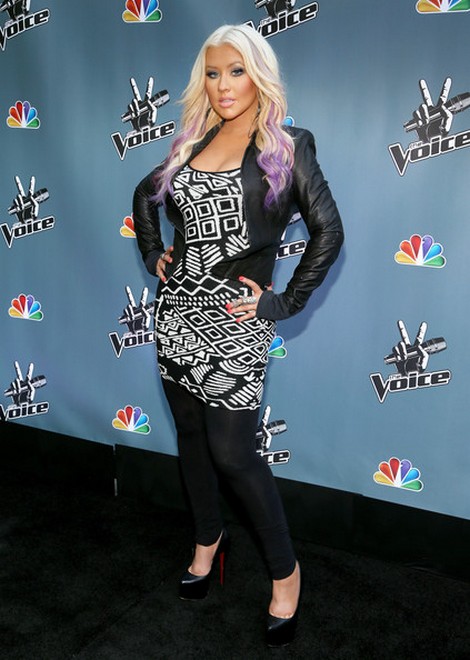 YAY! Our girl Christina Aguilera let us know about her her seventh studio album in a twitter Q&A session with fans yesterday, revealing that the record’s lotus theme is a metaphor for her own survival and “rebirth”.

Christina tweeted: “Album title: Lotus. Representing an unbreakable flower that survives under the hardest conditions and still thrives.  Self expression and freedom [are album themes]. The album represents a rebirth for me. There will be a ‘Lotus’ intro to set the tone for the whole record. Conceptually I didn’t target one particular sound/genre.  There are some beautiful personal ballads on this album. I wouldn’t do a record without them.”

The first single, ‘Your Body’, is released on Friday and the “playful, tongue & cheek” video was directed by Melina Matsoukas, the mastermind behind Rihanna’s VMA-winning ‘We Found Love’.

Christina also teased fans with the promise of a “surprise” before unveiling the single cover’s raunchy artwork, where she appears nude with a peach-coloured piece of fabric covering her.