Demi Lovato is a Clutz and Owns It! 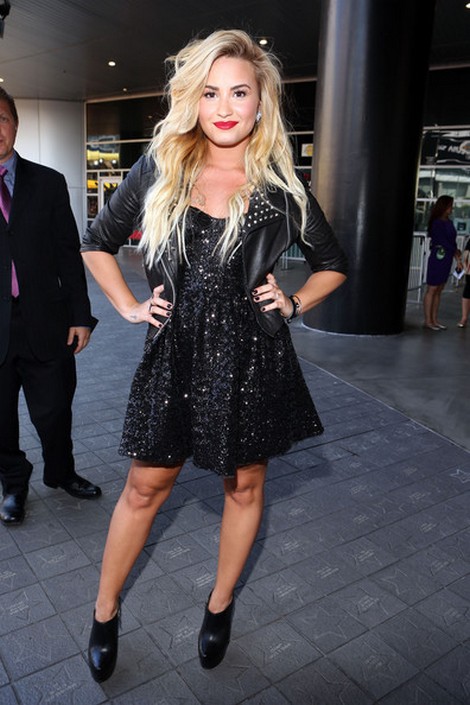 Some people are just really, really clumsy. They drop everything and trip and fall over invisible bumps in the floor. It’s just one of those things and Demi Lovato is just one of those people. The young star owned her inner clutz and told Conan O’Brien all about it on Monday night’s show saying,

“I am really clumsy. I fall almost every single time I go on tour,”

The young star even admitted to suffering a wipeout backstage at the Conan show right before heading onstage for her sit down interview with the host!  Whether she’s clumsy or not is pretty irrelevant as Demi’s career seems to be absolutely sky rocketing. After coming back from her rough patch the singer has rebounded with a hit record and a great judging gig on The X Factor. Forget whatever fame Demi had while being a Disney princess, adulthood seems to be treating her much more kindly these days.  The only question mark for Demi fans is her relationship status. For awhile she was being closely linked to Niall Horan, even stepping out with him after the VMA’s but Niall insists that the two are just great friends.

I happen to love how Demi embraces who she is, now. She doesn’t seem to care very much what people think and has gone from putting on appearances to wanting to be relatable. Relatable sells girl, just put away the heels and invest in some great flats!

Are you a clutz like Demi? Tell us the craziest thing that has happened to you!