Emma Watson is the Most Dangerous Celebrity 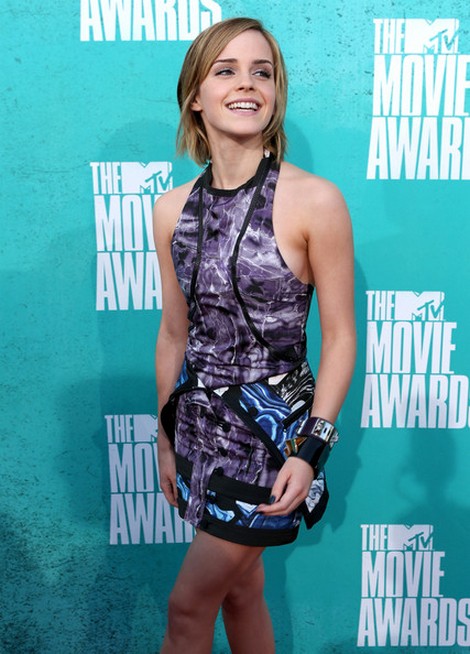 Emma Watson is gearing up for the debut of her latest film, The Perks of Being a Wallflower and she is starting to hit the talk show circuit to promote the flick. Perks is already being compared to kind of a modern day Breakfast Club and it also stars Logan Lerman, Nina Dobrev, Ezra Miller.  Emma chatted with Jimmy Fallon the other night to pimp the movie and while doing so she shared an interesting tidbit: According to McAfee an American internet security company,

“cyber criminals are more likely to use [her name] to lure unsuspecting web surfers to sites filled with malicious software that can steal passwords and personal information.” When Emma learned of her new status, she says her brother poked fun at the statement, saying “you’re about as dangerous as a fluffy bunny rabbit.” But she continues to say that her PR team used this information to “edgy” herself up.

Fallon also touched on the fabulous soundtrack that sets the musical backdrop for Perks. It is loaded with 80’s and 90’s classics and Emma admits that while filming she totally got into the whole idea of vinyl. So much so that she’s now a collector! She prefers the privacy that throwing an actual record onto a turntable provides and admits that flipping through an ipod when it’s linked to a social networking site can prove embarrassing!  As Emma told Jimmy, “It’s so embarrassing, you don’t want to know that you have, like, Justin Bieber on your playlist, and play it 25 times or anything.”

Do you get equally embarrassed when Justin shows up as a played track? Will you be checking out Emma in her new film? Tell us in the comments below!

Justin Bieber Speaks Out Against Texting While Driving