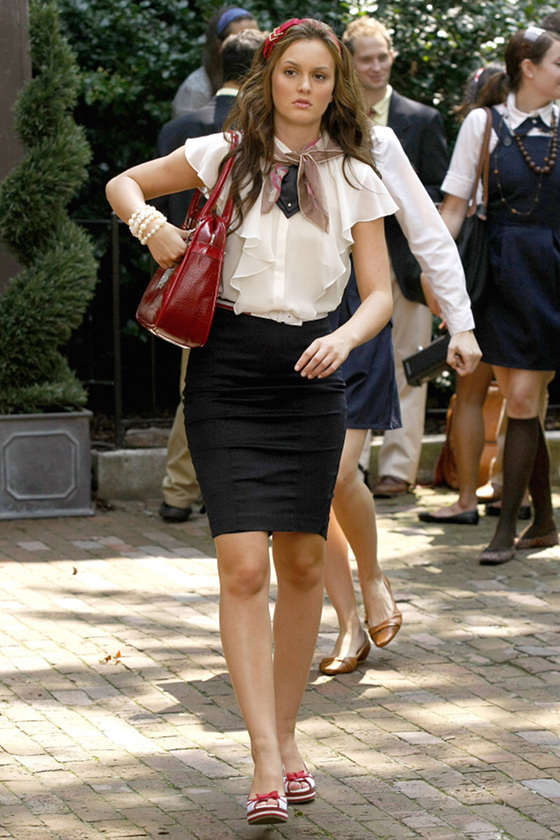 The final season of Gossip Girl is starting soon, and for many who have followed all five seasons piously, it feels like the end of an era. I would even go so far as to compare it to the end of Friends, which left a huge gap in the TV lineup. Gossip Girl tells the story of elite teens raised on the Upper East Side of Manhattan. The stress of saying goodbye can be overwhelming, so make sure to follow all of the stars on Twitter to see where they’re headed next.

Leighton Meester, who plays Blair Waldorf, did a Q & A today on her twitter @itsmeleighton, giving fans the chance to tap into her personal life discover the woman behind the heiress. Check out our transcript of her twitter session:

Yes!Rosemary’s Baby, The Exorcist, &Texas Chainsaw Massacre. I like freakin myself out. RT “@albena1991: Do u like watching horror movies?”

Be yourself. Everyone else is already taken. -Oscar Wilde RT “@UCouldBeMyHero: favorite quote?”

Tough one-I fly a lot&swim in the ocean, even though I get scared. I worry about my family the most. RT “@AliciaisSilly: biggest fear?”

This weekend I watched every episode of Girls- it wasn’t raining tho haha RT “@__rockabella: what do you do on a rainy day?”

My big bro made me a tape w/Nirvana, Soul Asylum, Green Day, NIN…I thought I was pretty rad RT”@jooliagoolia79: the 1st cd you bought?”

In 5th grade. Terribly RT “@ItsNoahMeester: have you ever played soccer?”

Oh my god! How much do you love her after that? Penguins, Cinderella, Food Network, Girls, and chocolate ice cream? She is nothing like the pretentious (although kind hearted) Blair Waldorf she plays on Gossip Girl! The final season premiers on Monday, October 8th! Will you be tuning in? Do you wish Leighton had answered questions about her costar Blake Lively’s top secret wedding to Ryan Reynolds? And, what’s next for her? So many questions remain!