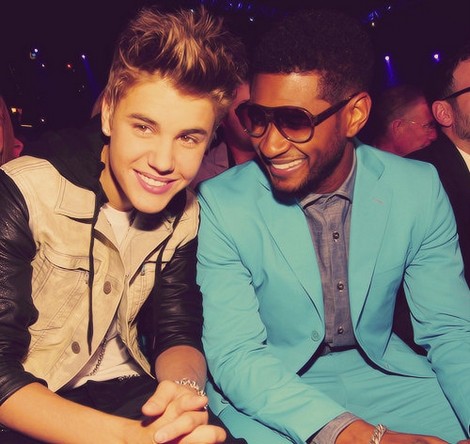 Do you see a vegan Justin Bieber in your future?  Well neither does the Biebs.  But we all know that Justin has the world of respect for his mentor, Usher, and that is what the man wants for his protégé.  Since Usher has gone vegan he brags that he feels like a new man – full of energy and vigor – and he is convinced that his new diet provides long-term health benefits.  Of course when you are Justin Bieber you already feel on top of the world and so giving up those fast food snacks makes little sense.

Shelby Loosch from GLOBE reports: Will Justin Bieber follow in the footsteps of Ellen Degeneres, Carrie Underwood, Woody Harrelson, Ted Danson, and President Bill Clinton by becoming a vegan.  He will if Usher has anything to do with it!  ‘Usher recently started following a vegan diet and keeps bragging to Justin about how healthy, strong and energized he feels,’ says an insider. ‘He suggested Justin give it a try, but Biebs isn’t ready to give up his junk food.’

Do any of you follow an alternate diet – maybe Vegetarian, vegan, Kosher, Halal?  If so then please let us know in the comments below.  Tell us how your dietary regimen is working out for you.  Given that cancer and heart disease rates are on the rise one can’t be too careful or start taking care of one’s health too soon!