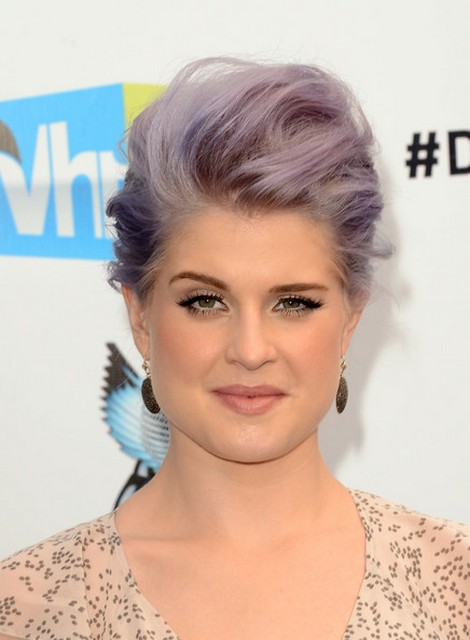 Leave it to the always brassy Kelly Osbourne to know exactly how to deal with those evil paparazzi that try to shoot up skirt photos of her while she’s out and about in London!  Kelly recently clued Showbizspy into the trick that she and her girlfriends all use!

“We have this thing that the girls have learnt to do in London, the paps do this thing where they go on the floor and try and shoot up your skirt, so the first thing we do is just kick them, so they can’t do it!” she said. “They get on their knees, that’s how bad they are. I will say, though, in this country it is getting better.”

I can totally see Kelly kicking a pap that is already down, can’t you? As far as things getting better in London, I’m not so sure that the royals would agree with her assessment!  Kelly also weighed in on the topless photo scandal that has rocked the royal family and taken Kate Middleton down a few notches from her formerly uber-classy position in British society.

“I think what they have done to her is disgusting, I really do. Everybody has the right to privacy, no matter who you are. It’s disgusting,” she fumed

Up skirt photos, nude pics, sex tapes. Do you think that there should be stricter punishments for the paps that go after and get this kind of footage? It’s pretty bad when a common way to deal with this is to kick a person before they can take a dirty picture! The threat of a lawsuit doesn’t seem to spark much fear either!  Should celebs like Kelly have to keep taking matters into their own hands (or feet) or should there be another realistic solution? Tell us your thoughts in the comments below!

Justin Bieber Speaks Out Against Texting While Driving