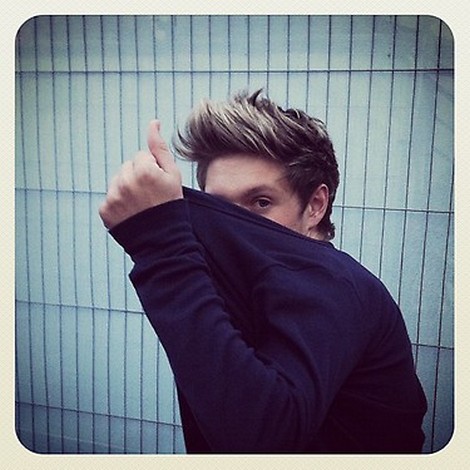 Oh No, allegedly One Direction’s Niall Horan has gone from blond to brown.  The boys were performing at iTunes Festival in Camden last night when Niall debuted his new look.

Niall has been considering the big change for some time now, his natural hair color is quite dark.  He recently said, “So I’m thinking about heading towards that kind of thing, because I’ve been doing this for a while.”

Rumor has it Simon Cowell won’t be pleased by this, he reportedly demanded that Niall keep his blond look.   The ladies love the blond looks and Simon wants the ladies to be pleased.

What do you think?  Are you upset because Niall change her hair?