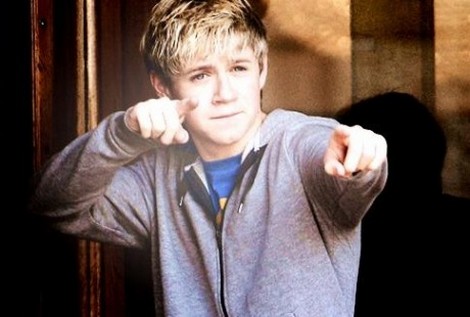 Never put anything past a sneaky teenage girl. One Direction’s Niall Horan learned this lesson the hard way this morning when he signed into his Twitter account and was bombarded with messages regarding him now being a married man!  Apparently while One Direction was signing autographs, a devious fan girl managed to get Niall to sign a marriage certificate. Perhaps the poor girl thought that she was forcing the singer to spend the rest of his life with her by snagging his signature on the legal document. Since it was likely written in German, the young heartthrob probably had no idea what he was signing, nor is it legally binding. Even in Germany there is a whole process to being legally married that requires far more than a sloppy signature on the correct line.

“Hahhaha I was gettin (sic) mentions and dm’s (direct messages) last night askin (sic) me if I was married! Hahahahah heard it all now! People actually believe this stuff.”

1D fans will be so relieved to know that the fan favorite is still single and you just never know who will actually end up bagging Niall for real. If all of those recent rumors are to be believed then maybe he and Demi Lovato are heating up on the down low.

Were you shocked when you first heard this latest Niall rumor? Did you think it held any water or were you pretty sure it was false right from the start? Tell us in the comments below!

New Pictures with Miley Cyrus on ‘Two and a Half Men’