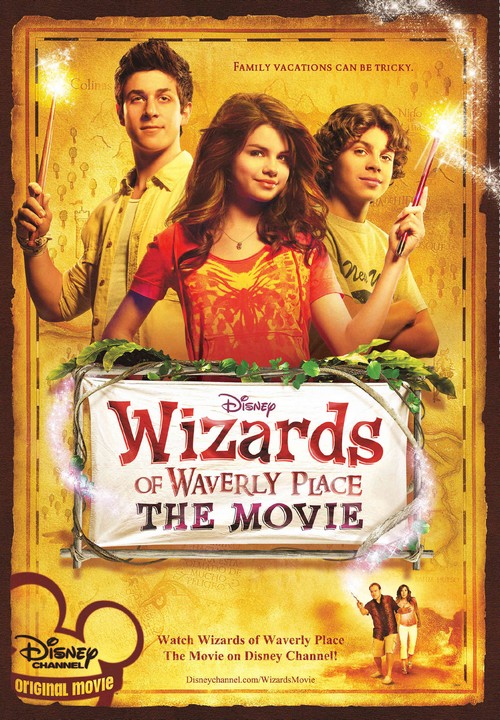 That’s right Russo fans! The gang is back together already! Although the show only ended this January, Disney has been busy writing a second Wizards Of Waverly Place movie. In traditional Disney style, it will be out in a couple of months. A source reports that we can expect to DVR it in early 2013. It’s confirmed that Selena Gomez, Jake T Austin, Jennifer Stone, David DeLuise, Gregg Sulkin, and Maria Canals-Barrera will all be appearing in the movie. No awkward recasting! We even know the plot!

“In the flick, the Russo family and their friends travel to Tuscany, Italy, to meet their long lost relatives…but when Alex tries to prove she’s more than a seemingly carefree young Wizard, she inadvertently conjures a spell that creates a Good Alex and an Evil Alex.

When Evil Alex gets roped into a charming young wizard’s foreboding plan to take over the world, Good Alex must find a way to save her family and humankind, which leads to a monumental battle between the two versions of herself – all atop the Tower of Pisa.”

We reported yesterday that Selena is really nervous about transitioning from Disney roles to adult roles. She’s taken a big step by starring in Spring Breakers, a flick about troubled teens, but it seems like she can’t stay away from the family friendly side of things. She has a starring role in Hotel Transylvania, and now this Disney lineup–one might suggest that she is receding back into kids movies! Are you excited for the Disney reboot, or do you want to see Selena in new roles?