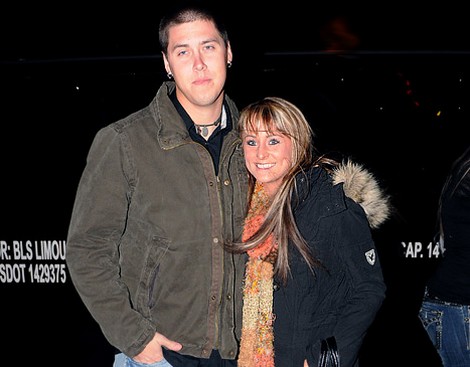 Teen Mom alumni are rarely is stable situations it seems. Usually they are hard partying girls with precious little stability for themselves or their babies. Leah Messer seems to be on a mission to find for herself the perfect family, which explains why the young mom is already on rocky marriage number two. Rumors have been rampant that she and new husband, Jeremy Calvert are on the verge of a split but she insists it’s just not the case. Instead, Teen Mom News says that the reality star has a vision for her young family.

“One day my husband and I will own a farm with a big pond, and lots of fish. Our kids will love it,” Leah recently revealed of her family’s future plans.

It’s kind of nice to hear of an MTV star with a goal that is not rooted in Hollywood or getting their own MTV spinoff show. Maybe striving for normal will actually bring Leah and Jeremy closer and give them a better shot at actually surviving the trials and tribulations of a couple that likely got married way too young.

Can you see this couple living and working on a farm, far away from the life that MTV has (somewhat) afforded them?  Will they be one of the few reality television exceptions to the rule, will they actually stay married for any length of time?  Is Leah’s hopping from marriage to marriage just as unhealthy as the hardcore partying that some of her castmates do? Tell us your thoughts in the comments below!